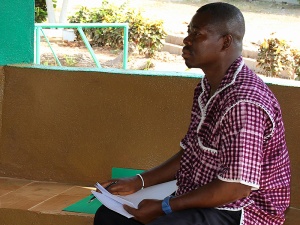 One of the ways that we need to continue to fight the Ebola in Sierra Leone is the inclusion of the psychosocial aspect. We need to pay much attention to the mental and the social needs of those suspected, probable and confirmed ebola clients in the countrywide.

We need to start individual, group, and family counselling therapy to correct missconceptions of the mind and alleviatte mental trauma from victims.

The other dimension to consider is the social needs of the victims. We need to form and support outreach groups mostly to assist the affected communities. These goups will be responsibled to supply water, food, clothes, firewood, charcoal and firstaid medications and establish linkage to other help organizations for further management.

One thing that I personally condemned is the militarization of the affected communities in the name of quarantine this has a post traumatic effect in the minds of people in relationship with the ten year in Sierra leone.

I also believed that topics like stress management and caring of the carers should be included in the ebola fight.